Since yesterday, we have all been wondering what has been going on with the famous Exchange “BTC-e”.

If you are not familiar;

BTC-e (btc-e.com) is one of Bitcoin’s Premier “exchanges” and has been around a very long time. They have maintained a solid reputation for years. This is because they have had very little downtime, very safe and secure markets which have never been hacked as well as even lower Bitcoin prices than general market average. They also have less restrictions than many other trading sites, which might be what landed them in trouble.

Alexander Vinnik, a 38 year old Russian man (L) suspected of running a money laundering operation, is escorted by a plain-clothes police officer to a court in Thessaloniki, Greece July 26, 2017.

“ATHENS/MOSCOW/NEW YORK (Reuters) – A Russian man suspected of being the anonymous mastermind behind one of the world’s oldest crypto-currency exchanges and of laundering at least $4 billion has been arrested in Greece, police and sources said on Wednesday.

Police sources identified him as Alexander Vinnik, 38, who was arrested after a tip-off in a small beachside village in northern Greece on a U.S. warrant. Police said the United States would seek to extradite him.

Two sources close to the BTC-e virtual currency exchange, who declined to be named while commenting on an ongoing case, said Vinnik was a key person behind the platform, which has been offline since reporting “technical problems” late on Tuesday.

“An internationally sought ‘mastermind’ of a crime organization has been arrested” Greek police said in a statement. “Since 2011 the 38-year-old has been running a criminal organization which administers one of the most important websites of electronic crime in the world.”

Police said “at least” $4 billion in cash had been laundered through a bitcoin platform since 2011 – the year BTC-e was founded – with 7 million bitcoins deposited, and 5.5 million bitcoins in withdrawals.

Bitcoin was the first digital currency to successfully use cryptography to keep transactions secure and hidden, making conventional financial regulation difficult if not impossible.”

It’s been a rough week for Crypto!
Will BTC-e come back stronger? Or are they Gox’d forever?
The crypto-currency world is definitely evolving. What do you think? 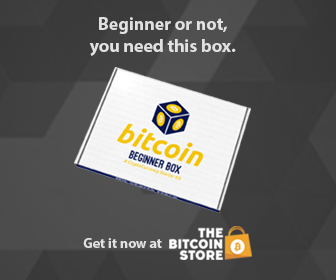